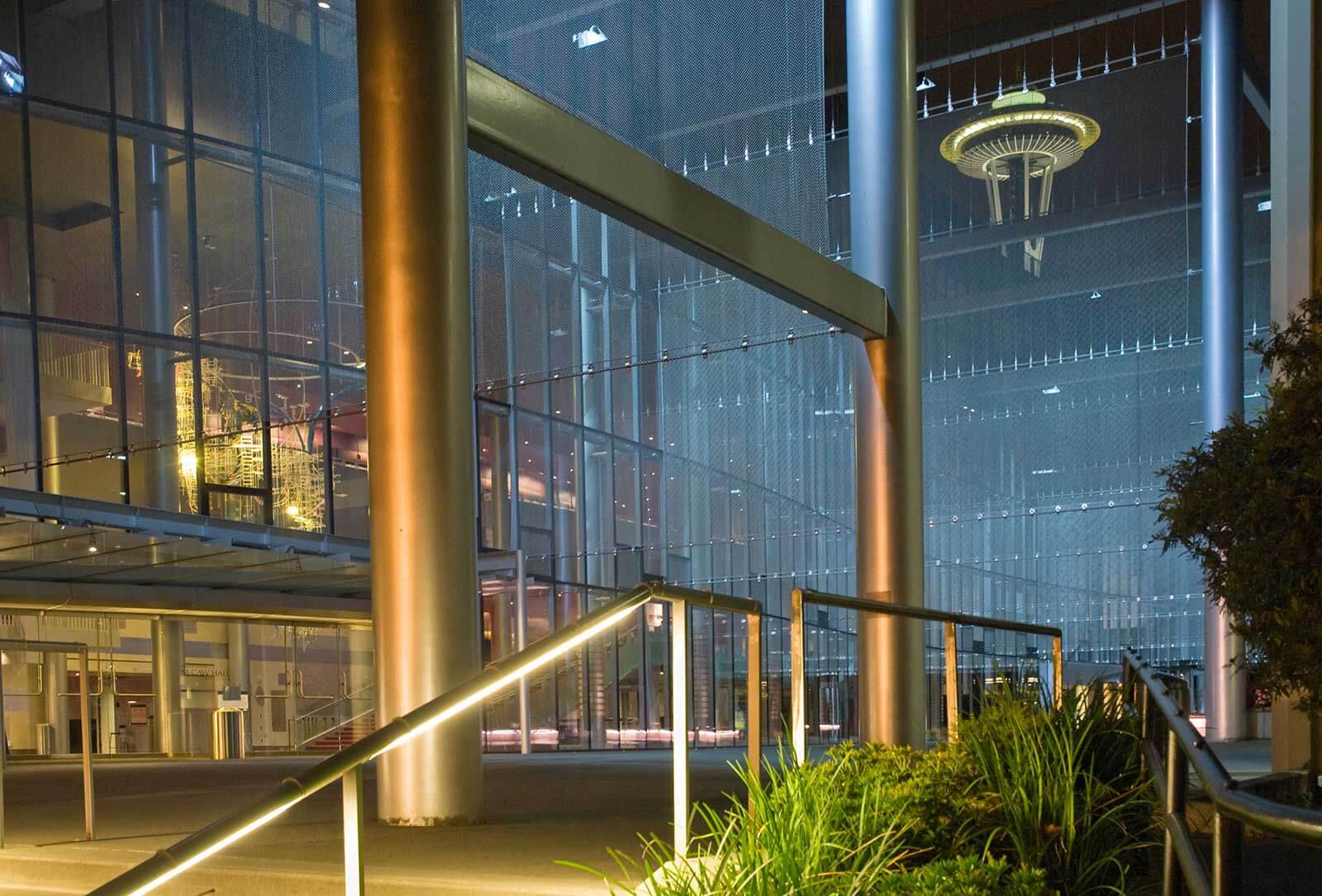 The Seattle Symphony formed in 1903. Its musicians became members of Local 76 of the American Federation of Musician which had been chartered in 1898.

By the 1980's, AFM Local 76 and the Federation were requiring dues payments in excess of $1,000 annually from 90 musicians in the Seattle Symphony. Having paid over a quarter of a million dollars during a three-year contract period to the Local, Symphony members thought it would be reasonable for the Local to pay for labor negotiations and to have various other required payments met by the Local which were estimated at $15,000 per year. The Local held the position that they would not fund negotiations nor would they make up any other assessments or dues to AFM conferences and strike funds.

The International Guild of Symphony, Opera and Ballet Musicians (an independent labor organization) was formed in 1985 as an alternative to the American Federation of Musicians (AFL-CIO). After visits by two Federation presidents as well as numerous visits from other Federation and Local officials and after twenty-some Seattle Symphony Orchestra meetings, a petition was circulated requesting the National Labor Relations Board to supervise an election. On September 15, 1988, the Guild won the election and has subsequently been responsible for the representation of classical musicians in the Seattle Symphony Orchestra, Seattle Opera Orchestra and the Pacific Northwest Ballet Orchestra. Following the election, the Seattle Symphony and Opera Players’ Organization (SSOPO) requested that the Guild cede the rights of representation to them, thereby forming its own chapter.

Possibly the greatest benefit to the musicians in all of the Guild orchestras is that the rights of representation can be or have been ceded to each players’ organization which, once ceded, provide complete and total autonomy. The SSOPO sets its own dues structure based on a committee endorsement of a proposed budget. The SSOPO can also hold a "special" meeting with 24 hours notification and vote to amend the Labor Agreement for a specific cause.

The Seattle Symphony has 83 contracted musicians, 80 of whom are SSOPO members. At full strength, the Basic Orchestra is supposed to have 91 musicians plus one Principal Librarian. The bargaining unit is comprised exclusively of the members of the Seattle Symphony Orchestra.

The Pacific Northwest Ballet Orchestra was formed in 1989 when the Seattle Symphony Orchestra chose to no longer include the Ballet in its schedule. Member selection was based on extras who had performed a minimum number of services within a certain timeframe. The new group was represented by the Guild.

In a representation election spearheaded by an AFM unionization drive in 1998, the orchestra voted to remain in the Guild and to subsequently form its own chapter in 1999.

The Tucson (AZ) Symphony joined the Guild and became a chapter in 1999, after the AFM closed its local there and combined it with that of Phoenix. The move helped to galvanize the musicians to assume more personal responsibility for the needs of their orchestra. The structure of the Guild is such that it cedes control to its chapters, and after several years the orchestra felt the Guild couldn’t provide the support Tucson needed. In the end, that was not the right fit for Tucson, which has a several-tiered contract structure and has many part-time musicians. The orchestra voted to return to the AFM in 2008. It was a lesson for all of us.

Arizona is a very tough environment for symphony orchestras. The Phoenix Symphony, which has always remained with the AFM local there, “has limped along financially, teetering on the brink of bankruptcy more than once” according to the Phoenix New Times. According to the orchestra committee chair, the orchestra “has not even maintained a cost of living standard over the past 25 years” and “is still 40th or below on the wage scale of the ICSOM orchestras”. Despite visits from AFM-ICSOM chair Bruce Ridge with orchestra and management, for 2009 the orchestra “accepted a 17% aggregate pay cut over the following three seasons” for a base wage of $35,000.

On a related note, Seattle Opera and the Pacific Northwest Ballet jointly purchased their 4-octave celeste from the Phoenix Symphony in 2004, when a generous benefactor provided Phoenix with a 5-octave replacement instrument. The Arizona orchestra’s former celeste replaced a synthesizer in Seattle, and it figures prominently in PNB’s annual Nutcracker.